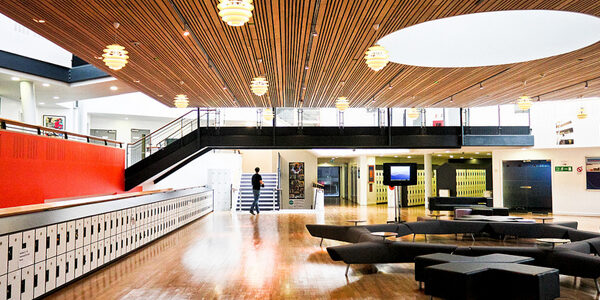 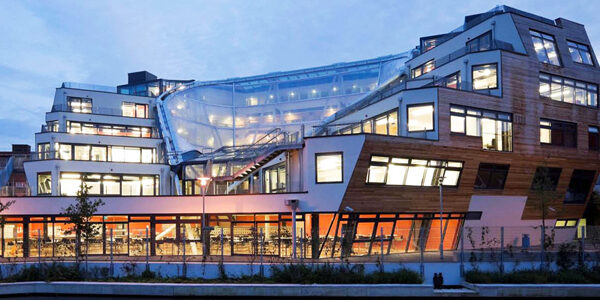 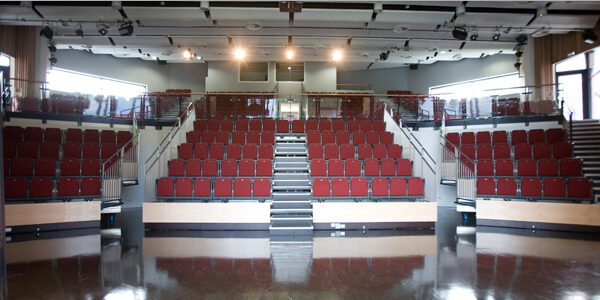 In the summer of 2008 the Bridge Academy opened its new landmark building next to the Regent’s Canal on Laburnum Street in Hackney. Designed by BDP, the largest interdisciplinary practice of architects, designers, engineers and urbanists in Europe, the academy forms a seven level interactive learning environment alongside the Grand Union Canal.

In conjunction with a broad general curriculum, the Academy’s specialist subjects are music and mathematics and they allow time for special projects and enrichment activities, working with some of the most prestigious organisations in London such as Tate and the London Symphony Orchestra.

The building is both distinct and innovative. Galleried learning space is set around a social gathering area and learning hub. A sweeping structural arch supports the centre of the school, allowing the learning space to be column free and totally flexible. Teaching terraces extend the internal learning space as outdoor classrooms overlook the canal side environment. The form of the building has been designed to minimise energy use by maximising daylight to the teaching spaces and it is predominantly naturally ventilated.

Marquee AV were contracted by AVM to install a front of house performance sound system and audio visual infrastructure. The initial specification, which Marquee complied to, was drawn up by BDP. Marquee also designed and incorporated technical changes during the course of the project to ensure a future proof solution. Primarily the changes included a cable infrastructure to allow many different kinds of connections to be patched around the Performance Hall via custom made facility panels; these included audio multicores, composite video, cue lights, infrared transmission for assisted-hearing, audio comms and CAT6 data.

The Performance Hall is to be used as multi-purpose space; as a classroom, drama theatre, performance hall, assembly hall and theatre. To allow for this multitude of uses, extra care had to be taken to position equipment such as loudspeakers and IR radiators.

Marquee AV installed a combination of Turbosound NU-Q loudspeakers in the Performance Hall, all powered by QSC amplifiers with digital signal processing via a Biamp AudioFLEX. Four NUQ10’s, coupled with B15 Subs, provide front of house with eight NU-Q8 loudspeakers for delay. A further two NUQ8’s were provided for stage monitoring. The loudspeakers were paired to allow different areas of the space to be livened up or muted to suit the event. This could be applied in any combination up to live performance or theatre when all loudspeakers would be in use.

The Performance Hall also required two mix positions; one in the control room at the very back of the auditorium and another as a training facility in the middle. All audio terminations were made in the control room via a Krone system, then to a 192-way bantam patch bay. The Krone system was chosen as ideal for dealing with this number of channels as it allows for termination and test of lines prior to the patch and makes fault finding much easier.

A paging system was installed into the dressing rooms/classrooms to allow the stage manager to make announcements and calls to these areas. Additionally, show relay microphones and a show relay camera were installed, which could also be patched to these areas or any of the forty facility panels around the performance hall.

Marquee AV started on site in the summer of 2007 and commissioned the systems for handover in August 2008. The unique shape of the building, essentially round with very few straight walls and edges, proved a challenging project, but the solutions matched the technically advanced and forward thinking requirements and ethos of the Academy. 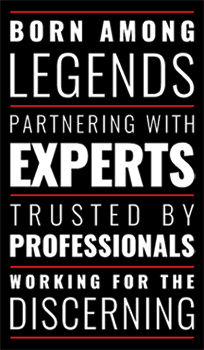