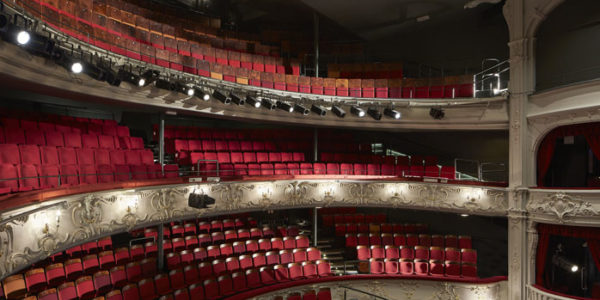 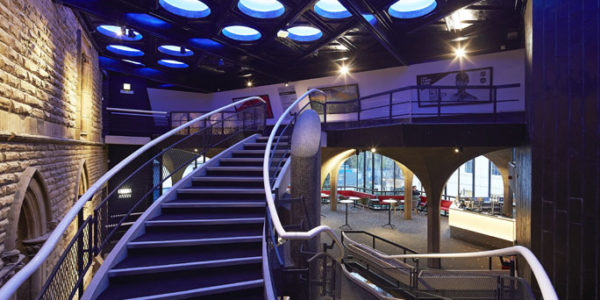 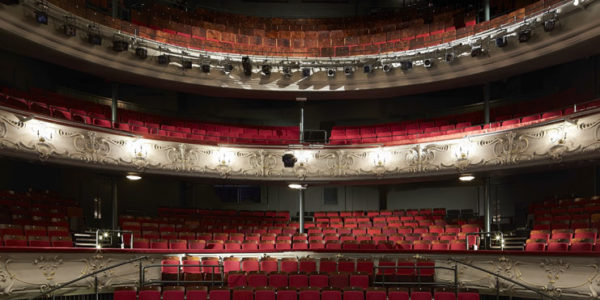 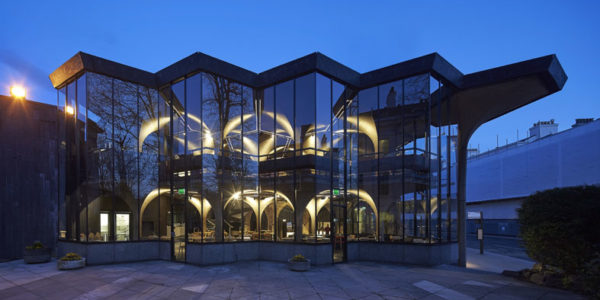 York Theatre Royal has re-opened after a £6million redevelopment by architects De Matos Ryan. Founded in 1744, York Theatre Royal is the UK’s oldest production theatre outside of London and this latest redevelopment has increased access and flexibility to create a building fit for 21st century audiences. This is the first major change to the building since its innovative concrete and glass extension was added to in 1967.

The project has improved access throughout the building, adding a spacious open plan foyer and substantially increasing the café area. The gothic colonnade has been enclosed by glass, creating a warm and attractive entrance. The grey and white polished terrazzo flooring reflects the outlines of the mediaeval foundations remaining below, revealing the history of the building in the modern space.

The main stage has been reconstructed in a modular form, allowing the stage to be adapted or removed entirely, offering a flexibility rarely seen in an historic theatre. The new layout enables traps and level changes to be easily provided, adding to the versatility of productions and making the theatre more suitable for touring productions and dance companies. Sightlines have dramatically improved with a new rake to the Stalls and the Dress Circle and Gallery have received new seating and raking to maximise capacity, improving comfort and sightlines.
Marquee AV was appointed to install the new audio, video and communications infrastructure required to meet the new standards and flexibility of the venue. This involved installing new systems as well as supplementing and adapting existing systems.

New audio and video show relays were also installed. From new positions, the audio show relay comprised cabling, pre-amplification and distribution with output from the distribution amplifier routed to the equipment rack for assisted listening, recording and audio description as well as the back of house paging amplifier.

A new video show relay camera and large format screen were provided to give a high quality image for latecomers. The camera is not intended to be used for time critical show communications but can provide an IP based image that, if required, can be streamed onto the building IT network. The infrastructure is designed to allow additional data points should the system be extended in the future. A new infrastructure was also provided for the existing analogue show relay video camera, which was upgraded with a new distribution amplifier and patch panel.

York Theatre Royal has re-opened with the world stage premiere of Evelyn Waugh’s classic novel Brideshead Revisited, adapted by Bryony Lavery and directed by Damian Cruden, and has since staged a variety of touring and in-house productions. 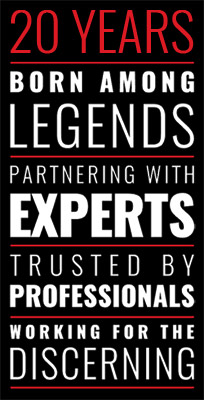