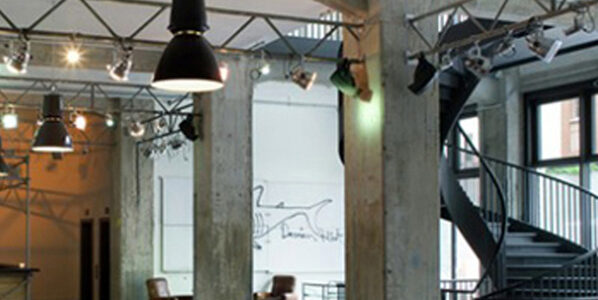 Originally opened in 1928 as a department store, the Bauhaus building in the Mitte district of Berlin was seized by the wartime government before being occupied by the post-war, Communist regime until 1956. It was then used to house the Communist Party archives and the Central Committee’s Historical Institution. After German reunification the building was legally returned to the descendants of its original owners.

Today the Bauhaus building is the home of the prestigious private members’ club, Soho House Berlin. Set over eight floors of the fully restored building, Soho House Berlin includes a full Cowshed Spa and gym, a rooftop pool, restaurants, bars, a screening room and a private dining area as well as 40 comfortable bedrooms.

With the variety of demands, including environmental in the spa and sauna areas, a range of loudspeakers were used according to the sound levels required and the aesthetics of each room. Loudspeakers from Bose, EV, Tannoy and RCF ensured the right solutions were provided. EV amplifiers and Ateis system controllers and processing were also used, along with C-Burn hard disk music systems for the continuous playing of music.

Where video was required, Marquee used Optoma high definition projectors. As with any large installation a certain quantity of custom hardware and input points were required and these were all produced by Marquee, as was programming and setup up of all systems.